Disney Cruise Line has the longest complimentary hours of childwatch at sea for ages 3+, according to their website. Parents can stay in touch with their kids by using the wave phones located in each stateroom or by using the navigator’s app. Kids are checked in using the magic bands, similar to those in the parks. You can choose to keep the magic band or return it at the end of your voyage for a refund of the $12 deposit you put down when you register your child for the clubs. Your child must be potty-trained to use the Oceaneer’s Club and Oceaneer’s Lab. There is an hourly fee for children less than 3 to use the nursery. 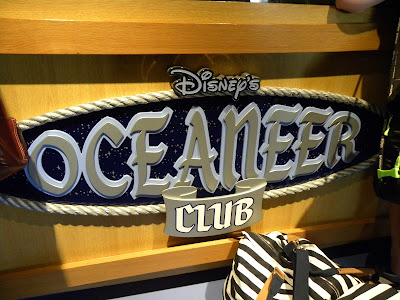 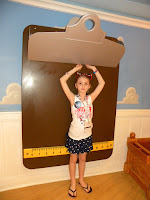 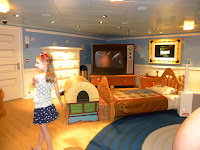 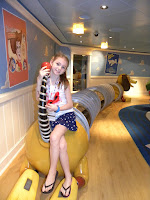 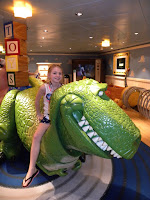 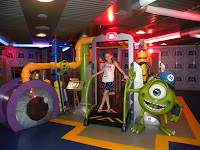 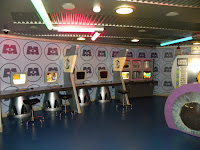 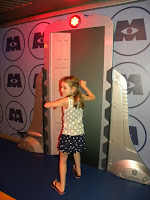 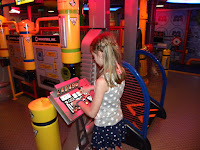 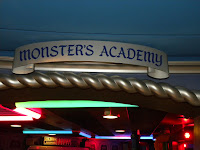 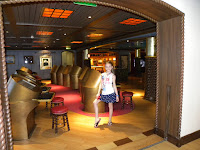 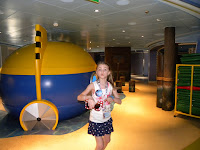 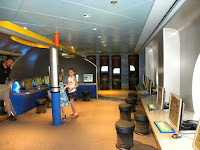 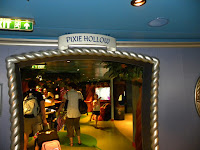 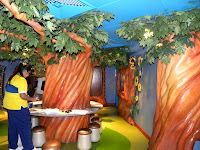 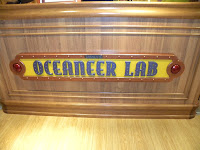 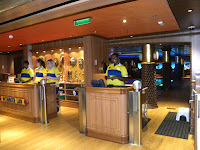 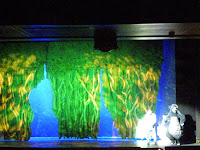 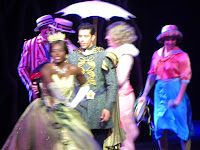 Entertainment for Adults Only

My Thoughts and Experiences

You will find the Pirate Night, Sail Away, Castaway Cay, Character Meet and Greets, and See Ya Real Soon Party blogs in separate sections on the main page.

Shows: I haven’t seen a show I didn’t like, including the non-Disney entertainment. We have seen all of the Disney shows on the Wonder, Dream, and Fantasy. Our favorite is The Golden Mickey’s. The caliber of entertainment, effects, and music is incredible! The audience is full involved with the shows and every show fills up! My suggestion is to get there early to get the seats you want. We personally love the seats on the second level overlooking the balconies. The only downfall is you don’t have much of a chance of getting chosen as a volunteer when they ask for audience involvement. We enjoy the magicians, comedians, and Buckets and Boards (seen them twice!). The violinist on Disney Dream is fantastic. I’ve never seen anyone play the fiddle the way she does! Her name is Evgenia. She plays in the atrium at night during dining hours.

I am an avid Disney fan, especially of the Disney cruises. Since learning of my love of travel, something I wasn't able to do as a child, I have decided I wanted to help others make magical memories. I became a personal vacation planner with Magical Vacation Planner in 2017. Since getting this job, I have traveled even more. I love sharing my travel tips with people, especially novice travelers. I hope you find my blog interesting and helpful. Be sure to subscribe if you like it. I post blogs on a regular basis.

The Best and Worst of Disney Cruising